Christmas may be months away, but that didn’t stop Santa and his helpers.

This past week, Lone Star Santas and an American Red Cross volunteer organized a special visit to children at a disaster shelter in Nacogdoches, Texas. 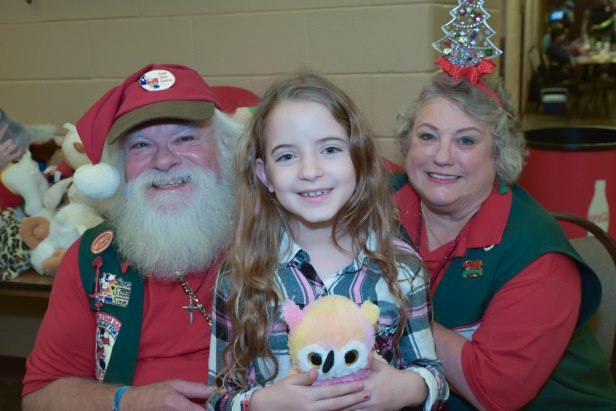 Many of the children staying at the shelter, such as nine-year-old Kaylough Adams, had lost most everything they owned when Hurricane Harvey flooded their homes.

“I wanted to do something to bring a little joy to these children who had just suffered through so much,” said Red Cross volunteer Scott Brawley.

Although the Red Cross was able to provide food, shelter and provisions to those affected by the hurricane, Brawley was concerned about the devastation the children had witnessed. No sooner had he thought that than he was contacted by David Stanley from the Lone Star Santas.

Lone Star Santas is a non-profit organization of men and women who live in or work in Texas and portray Santa Claus, Mrs. Claus, Elves and helpers. They bring a convoy of toys to children affected by disasters.

Stanley had read in the paper that the Red Cross shelter in Jasper, Texas, had closed down and that the remaining residents had been moved to the convention center in Nacogdoches. He contacted his convoy leader and was given the green light to bring the Lone Star Santas to this Red Cross Shelter. Stanley noted, “The Red Cross was easy to work with and it wasn’t tough at all make this event happen.” 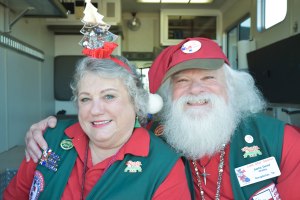 Santa and Mrs. Claus, along with a bag of toys and goodies, were loaded onto a Red Cross Emergency Response Vehicle out of view of the Convention Center. Five Nacogdoches police cars, lights flashing, escorted the vehicle to the entrance.

Word got out quickly that Santa had magically arrived at the shelter. Children came running out and bombarded Santa with instant hugs, like they had just seen a long-lost friend.

Once inside, Santa performed some magic tricks, then sat down in his chair to present each child with a stuffed animal, donated by the Walmart in Nacogdoches. That joyful moment was captured by Red Cross volunteer photographers Virginia and Albert Becker from California, who also brought their portable printer with them. Each child left with a picture as a lasting reminder of a special visit that brought some much-needed joy. 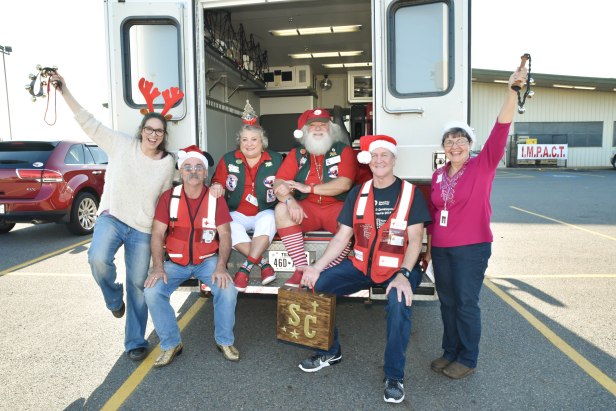