If that commercial featuring the “Most Interesting Man In The World” is ever looking for a new guy, we have a great candidate – Al Sokaitis.  Al has been coaching basketball for over 40 years. He’s coached teams in Israel, Alaska, Washington, California, Colorado, Maine, Massachusetts, and Connecticut. He was named the head coach of the Tanzanian national basketball team even though he’s never been to Tanzania. He once coached women’s and men’s teams—at the same time. 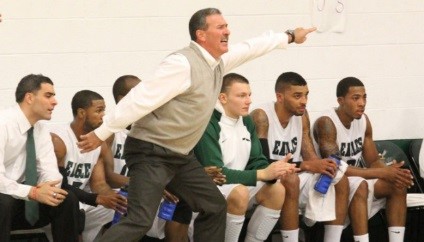 In 1977, Sokaitis took over a program that had never finished above 500 and led them to the state semifinals, with a 21-4 record. ‘Coach, as most people call him, led another program with a history of losing to its first-ever state title. At the University of Alaska-Fairbanks, Coach transformed a program with just two winning seasons in the previous 15 years into one of the best in Division II, making history by becoming the first Division II team to win a Division I tournament. Sokaitis is a legend in Alaska, having also coached the Alaska Dream of the ABA in 2008-09.  He’s even been inducted into the Alaska State Hall of Fame.

When he’s not coaching young men and women into champions, Al Sokaitis puts his skills to use helping people impacted by disasters, as an American Red Cross volunteer.  Today, Al is leading the shelter team in San Antonio, TX who are providing care and comfort to survivors of Hurricane Harvey.

If you ask Al what the key to his coaching success is, he’ll tell you right away – it’s the team.  He believes that his role is to get his players working together for the win.  He gives them leadership roles and responsibilities and helps them achieve their goals. It’s the same approach he brings to the Red Cross.  The team members running the San Antonio shelter are championship caliber.  They work together to provide safe shelter, food, counseling and comfort to the families in their care.  They are working hard for the win! In this case, the win is making this shelter as comfortable as possible for men, women and children who have lost their homes and everything they own. Under Al’s coaching, they are champions for those who are counting on them in their time of greatest need.