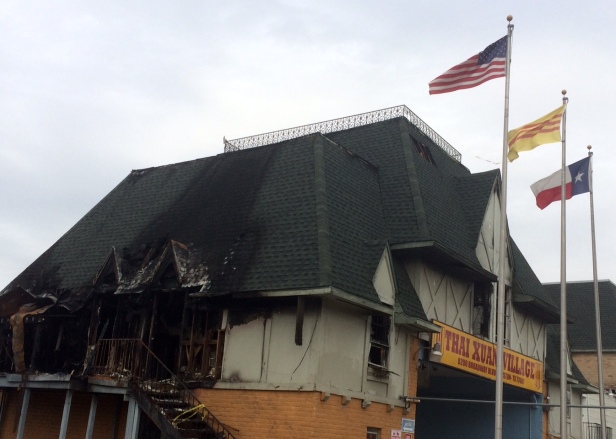 Tragedy struck in late October when a cooking fire blazed out of control at Houston’s Thai Xuan Village Condominiums, causing a resident’s death. Red Cross volunteers immediately dispatched to the site of the fire in Houston’s tight-knit Vietnamese community to offer comfort to those who were impacted—but this was just the beginning.

“The American Red Cross responds to disasters across the nation every eight minutes and approximately 93 percent of these are home fires,” said Justin Woodruff, Red Cross Disaster Program Manager. “This is why the national Home Fire Prevention Campaign was launched in 2014 with the goal of reducing fire-related deaths and injuries by 25% in 2020.”

Woodruff went on to explain that much of the campaign is about preparedness. “For one thing, smoke alarms save lives. Education on how to avoid and prepare for fires is critical as well. We wanted to offer education and smoke alarms to the Vietnamese community to help avoid future, tragic incidents like the one at Thai Xuan Village.”

Shortly after the Thai Xuan Village fire, Red Cross staff analyzed the area and arranged to install smoke alarms as quickly as possible. Since language and cultural barriers can dissuade community members from seeking assistance, the Red Cross located Vietnamese volunteers who could communicate with residents in their own language about smoke alarms and fire safety. 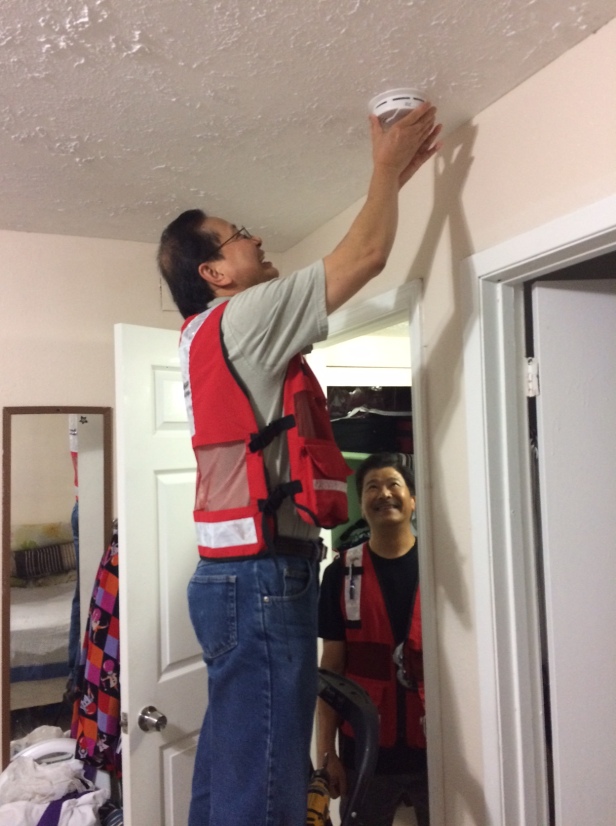 The Red Cross starting installing smoke alarms throughout the Vietnamese community just weeks after the Thai Xuan Village fire. They went back three more times throughout November, meeting with family members to discuss fire safety.  In total, 280 smoke alarms have been installed.

“To see the reactions of the residents as we explained that the service is entirely free and community-based was incredible,” said Bob Pham, a Red Cross volunteer who speaks fluent Vietnamese. “I’m glad I’m getting the opportunity to participate in something so important.” 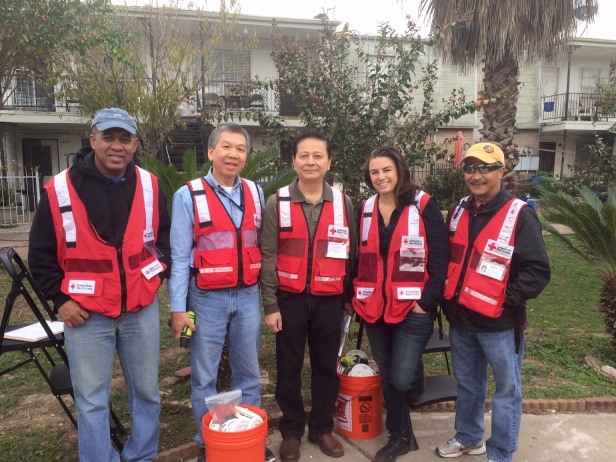 Pham, along with members of the University of Houston’s Kappa Psi Pharmaceutical Fraternity, will present fire preparedness and safety information to elderly Vietnamese residents at a health fair in mid-December. He and other volunteers may also participate in additional smoke alarm installations in the area in January.

To learn more about the campaign, contact your chapter office. Locations can be found by clicking here.